Remember Magcon? Here’s What the Members are Up to Today! 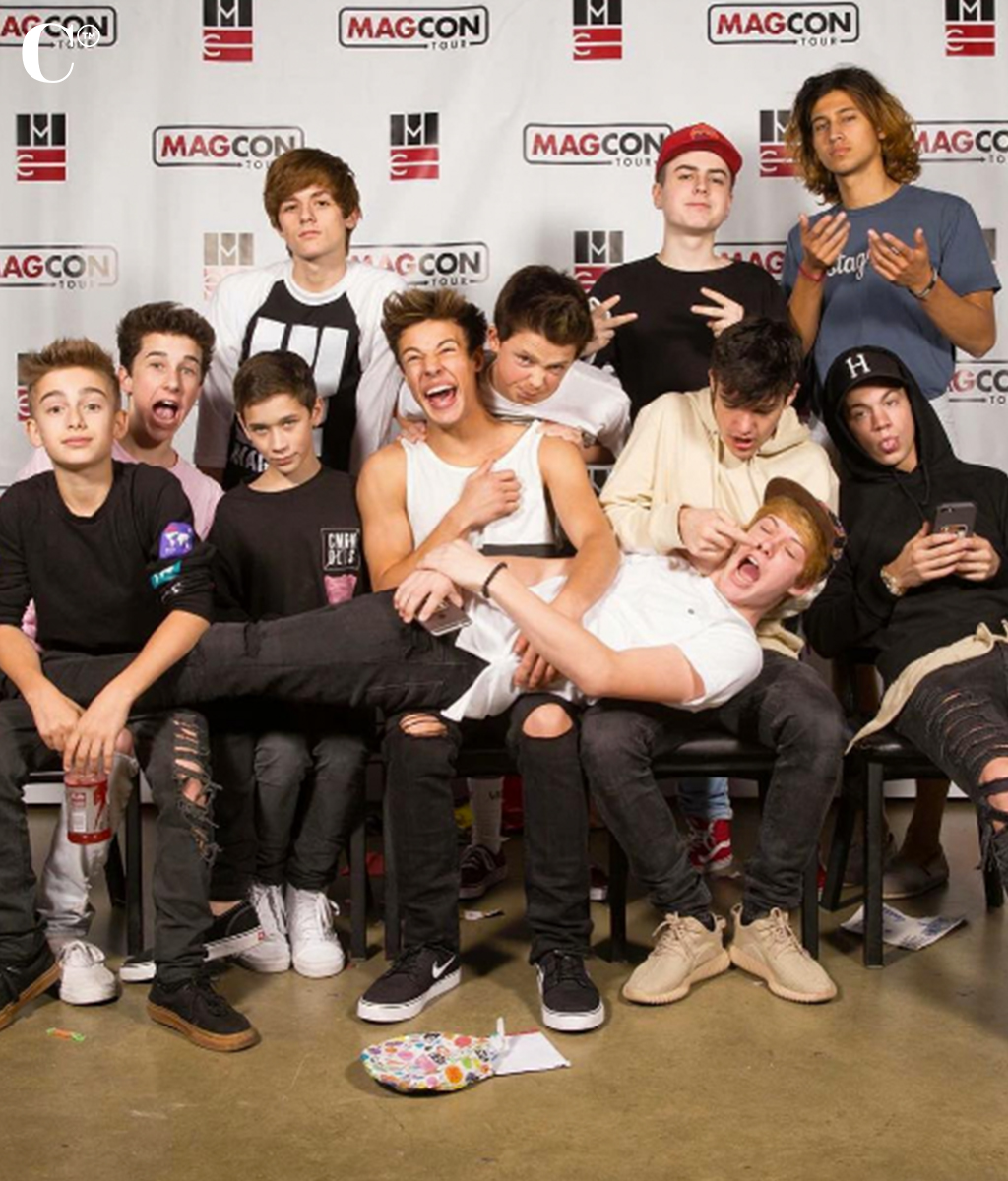 If you were glued to your phone in the early ages of social media stardom, chances are you were probably scrolling through an app called Vine. Much like social media apps such as TikTok, Vine launched the careers of many beloved content creators like Lele Pons, David Dobrik, Liza Koshy, Jake and Logan Paul, King Bach, and more! You may also recall stars like Shawn Mendes kicking off his career on Vine! That’s right, he was part of a collaborative group consisting of 9 other members who’s names you might also recall. It’s been 8 years since the collaborative group, Magcon, formed. Here’s what they’re up to today!

The group first went on tour in 2013, after Bart Bordelon, owner of Magcon, tracked them down and proposed the idea of meeting eager fans at conventions. After a little convincing, the group went on multiple tour dates across the country meeting fans and boosting their social media followings. Although there was no structure to the shows they held, their stardom was beyond the need to have performances. Just the boys on stage doing random things and interacting with the fans was enough to get the crowd going. Enough to pay almost $150 to meet them.

After breaking things off in 2014, each sought out different opportunities individually. Today, the group’s members have a long list of achievements in both their careers and life.

Of all members, Shawn Mendes has become a household name after fully launching his music career after parting ways with Magcon. Since then, he’s released four LP’s Handwritten (2015), Illuminate (2016), Shawn Mendes (2018), and his latest album Wonder (2020). Songs like “Señorita,” “Stitches,” and “Mercy” became instant radio hits. He even got to open up for Taylor Swift on her “1989 World Tour.”

In terms of his dating life, he’s been in a relationship with long-time friend, Camila Cabello. He confirmed their relationship in 2020.

In that same year he scored a Netflix special, “Shawn Mendes: In Wonder.”

Shawn credits his successful career for being “grateful for what you have and [ignoring] what you don’t have.” With that mindset, there’s nothing holding Shawn back.

Similar to Shawn, former Magcon members, Jack Johnson and Jack Gilinsky, took off into a musical path too. Together they went by the name of Jack and Jack and go way back — first meeting in kindergarten and have remained best friends. After gaining traction in Magcon, the two released a few singles including popular ones like “Wildlife” and “Like That” — which hold over 80 million views combined on YouTube.

Since then, the two have released two EPs, Calibraska (2015) and Gone (2017) and a full-length album, A Good Friend Is Nice, in 2019. They have gone on multiple world tours and released an official biography, “You Don’t Know Jacks” in 2016.

But don’t worry, this isn’t the end of Jack and Jack! Jack Gilinsky revealed on the Zach Sang Show that the two never considered this a breakup. “We did what we came to do what we need to do and we’re not done,” he said when talking about the future of Jack and Jack.

If you want to get your Jack and Jack fix in, the two-plus friends have a podcast, Parental Advisory Show, you can listen to!

After Magcon, Nash found success after moving to Los Angeles. Since then, he’s released CashDash — an iPhone game with Magcon alum, Cameron Dallas and Hayes Grier. The three also had a clothing brand released through Aeropostale, UnitedXXVI, in 2014.

In 2019, he and his girlfriend, Taylor Giavasis, welcomed a baby boy, Malakai. “Tay gave birth to a 10 pound 4-ounce baby after a completely unmedicated 26-hour labor IN THE LIVING ROOM! You’re superhuman,” he announced.

The two began dating in 2015 and recently got engaged in 2019. Today, they reside in California where they raise their son and often go on hikes together.

Nash and Cameron shared a lot in the early days of their career. Together they released an app and a clothing brand with Aeropostale. Nash, however, was completely done with Magcon after he left but Cameron still believed there was hope to continue its legacy.

Aside from working on his career, he and Magcon member Taylor Caniff, decided to relaunch a second wave in 2016 with returning member Aaron Carpenter and new members like Blake Gray and Joey Birlem. That whole tour birthed a 10 episode series, Chasing Cameron on Netflix.

The Netflix show isn’t the only acting credits Cameron holds. He starred in Expelled (2014) and The Outfield (2015).

The then 22-year old made waves in the modeling community after working with Calvin Klein and walking the Milan runways.

Today, he’s focusing more on his music, originally kickstarting that aspect of his career in 2015 with his single, “She Bad.” In 2020, he released an album, Dear Scarlett, and appeared as Aaron Samuels in the Mean Girls musical on Broadway.

What are the Other Members Up To?

Matthew Espinosa followed in Nash and Cameron’s footsteps and launched his acting career. He starred alongside Sarah Jeffery in Be Somebody (2016) and still provides comedic content on his Instagram just like Carter Reynolds.

Aaron Carpenter was one of the founding members of Magcon and continued to tour with Taylor Caniff and Cameron Dallas and appeared on Chasing Cameron. He too launched a music career and signed with Capitol Records in 2019. As for his love life, he’s currently dating Selena Gomez’s BFF Connar Franklin.

Mahogany LOX was the only girl in the group. She’s famously known for being Sky Blu‘s younger sister, who is part of the duo LMFAO. Just like her brother, she also makes music. In 2020, her single, “Take Your Man” went viral on TikTok where she also posts with her boyfriend, Carlos Esparza.

Sway House - Who's Still In The TikTok Content House and Who's Not?